Supporting Haiyan relief is part of our fight for climate justice 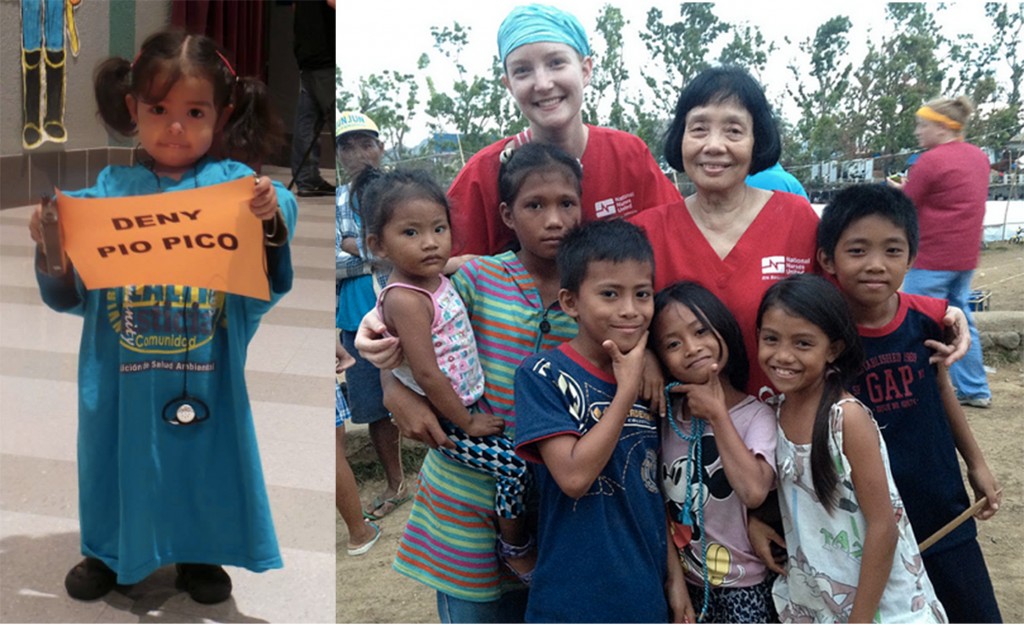 Please join CEJA in supporting Haiyan relief efforts in the Philippines! CEJA is proud to partner with our friends at Climate Parents and the Registered Nurse Rapid Response Network (RNRN) in the Climate Kids for Haiyan Relief effort.

And read our full statement below on why supporting the people of the Philippines is an important environmental justice issue!

While it is no longer making headlines in the US, the people of the Philippines are still reeling from the impacts of Typhoon Haiyan/Yolanda. There is an urgent need to support relief efforts in the Philippines. RNRN began sending registered nurses from the US to provide medical assistance soon as the storm hit. But funds are still desperately needed. After launching over the holidays, Climate Kids for Haiyan Relief effort is on the cusp of being able to send a registered nurse to the Philippines for a twelve day shift.

Can you pitch in today to help them meet their goal?

We fight the construction of dirty power plants in California so that we will never see another Typhoon Haiyan, Superstrom Sandy, or Hurricane Katrina again. We believe that if we can stop the tide of fossil fuel use in California, it will help stop the tide of floods, rising sea level and catastrophic storms across the world. We believe that the fenceline communities where our members work – low-income communities and communities of color – must stand with those communities who have already been hit by climate change.

The idea behind Climate Kids for Haiyan Relief is to help families talk about climate change and how we can make a difference. The website offers up an activity you can do with your kids to support disaster relief. But more than anything, what the effort needs today is donations. Click here to learn more about the initiative and to make a donation.

Super Typhoon Haiyan: Why our communities need to fight for environmental and climate justice 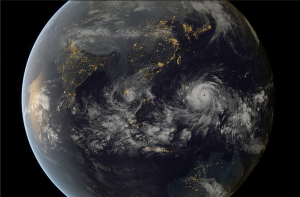 The California Environmental Justice Alliance stands with the Filipino people in response to the devastation caused by Super Typhoon Haiyan (also known as “Yolanda” by the local Filipino people), considered to be the strongest tropical storm ever to hit landfall.

Super Typhoon Yolanda/Haiyan is human made, and the people of the Philippines are suffering the devastating consequences of climate change, corporate resource exploitation, and global government inaction. Dirty fossil fuel production, use and transportation are causing climate change and leading to extreme and unpredictable weather patterns. Yolanda/Haiyan is part of a continuum of typhoons that are growing in strength

every year and devastating vulnerable regions, such as the Philippines.

Compounding the global rise in temperature, huge multi-national corporations have engaged in systematic deforestation in the Philippines. They have destroyed upwards of 50 percent of this nation’s forest cover, which contributes to widespread flooding and landslides and leaves the Filipino people more vulnerable against typhoons such as Yolanda/Haiyan.

Low-income communities around the globe are impacted first and worst by climate change. Even though poor communities, like those in the Philippines, have the smallest carbon footprint, these communities directly suffer the consequences from the energy choices made by wealthy nations and corporate polluters. We see the same pattern here in California, where low-income communities are the most impacted by polluting power plants, extreme weather events and face political inaction on their behalf. 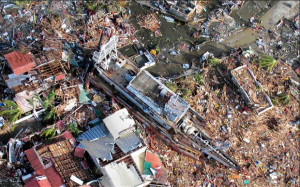 We need a new future: for the Philippines, for California, and for the planet. We need to fight back against the corporate polluters who continue to build unnecessary dirty power plants, especially in low-income communities. We need to ensure that low-income communities receive the support they deserve so they are not devastated by the impacts of climate change. We need to shift our political and economic systems to ensure the needs of all people are met.

Super Typhoon Yolanda/Haiyan is yet another reminder that we must transition completely off fossil fuels, and we need a massive transition to renewable energy and energy efficient systems.

Ironically, delegates from around the world are currently in Warsaw for the 19th United Nations Framework Convention on Climate Change (COP19). Their purpose is to forge an agreement that addresses climate change. We are in solidarity with climate justice advocates at COP19 who are demanding that industrialized countries , which are responsible for climate change, mobilize funds help aid developing countries mitigate the impacts of climate change.

The Philippine lead negotiator Naderev “Yeb” Saño spoke of the impacts of Haiyan/Yolanda on his country, his family, and the need for immediate action: “What my country is going through as a result of this extreme climate event is madness. The climate crisis is madness. We can stop this madness….We can take drastic action now to ensure that we prevent a future where super typhoons are a way of life. Because we refuse, as a nation, to accept a future where super typhoons like Haiyan become a fact of life.”

At home, CEJA demands that California’s Governor Jerry Brown and elected officials act steadfastly to address climate change and environmental justice. Even though Gov. Brown and some elected officials want to be climate leaders, they continue on the path of reliance on our dirty energy infrastructure, such as allowing corporate polluters to “frack” in California and entertaining the construction of new dirty power plants. These actions result in increased greenhouse gas emissions and are detrimental to our health and climate.

CEJA mourns with the millions of Filipino people who were devastated by Typhoon Yolanda/Haiyan — those who have lost their lives and those who have lost their homes, are growing hungry, and continue to search for loved ones. CEJA stands in solidarity with the Filipino people and everyone around the globe who fights for environmental and climate justice.