What is next in the fight against the dirty Pio Pico power plant? 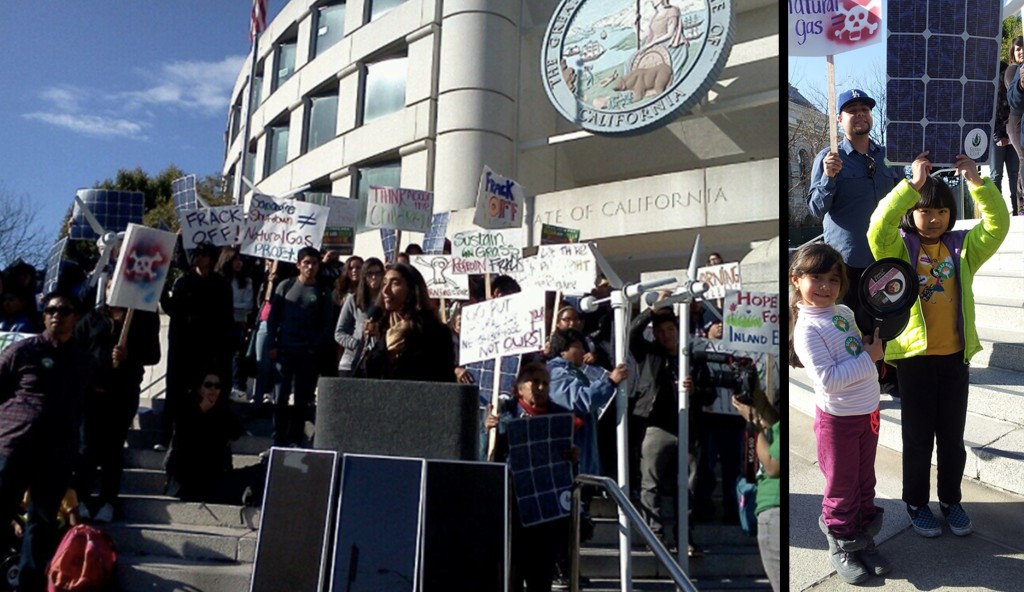 CEJA and our allies rallying at the CPUC in December

It is not too late to join the fight against the dirty Pio Pico power plant! Let the CPUC know what side you are on today by signing the NO to dirty energy and YES to renewable energy petition!

Despite fierce opposition from CEJA, member Environmental Health Coalition, the California Public Utilities Commission started 2014 with a giant step backwards in the fight against climate change. The statewide agency is proposing to approve the application to build another dirty power plant, the Pio Pico Energy Center.

Today, Thursday January 23rd, our attorneys filed an appeal to the Pio Pico decision. Over the next two weeks, we will be meeting with advisors to the CPUC Commissioners to urge them to vote NO on the Pio Pico application. And when this decision comes before the CPUC – most likely on Feb 5th – we will be there!

If built, the power plant will release toxic air and greenhouse gases equivalent to burning 70 million gallons of gasoline each year for its 25-year contract. The area where the plant is proposed, Otay Mesa, is an area that is already heavily burdened with toxic pollution from an existing power plant and heavy truck traffic, and over 80 percent of the population are people of color.

CEJA and our allies sent hundreds of emails to the CPUC. We mobilized dozens of residents to protest in San Diego at an EPA hearing on the air quality impacts of the proposed dirty power plant, and dozens more to tell the CPUC Commissioners exactly what we think about this proposed plant: it is bad for our pocket books, bad for the climate, and bad for our health.

Each time the state approves a new dirty power plant, we take a step away from the renewable energy that local communities in California and across the globe so desperately need. Instead of prioritizing investments in clean energy, bowed by the power of the utilities, our regulatory agencies approve the dirty power plants that boost the bottom lines of big utilities while costing rate payers. The Pio Pico Energy Center will cost SDG&E rate payers $1.6 billion dollars.

In fact, one of the former Commissioners outlined the pressures the regulatory commission is under from big utilities. Commissioner Mark Ferron just stepped down on January 16th, 2014. In his final statement, ex-Commissioner Ferron outlined the challenge before the remaining Commissioners to defend the rights of consumers against the monopoly of the utilities:

“…the Commission will come under intense pressure to….protect the interest of the utilities over those of consumers and potential self-generators, all in the name of addressing exaggerated concerns about grid stability, cost and fairness.  You – my fellow Commissioners – all must be bold and forthright in defending and strengthening our state’s commitment to clean and distributed energy generation.”

It is not too late to join the fight against the dirty Pio Pico power plant! Let the CPUC know what side you are on today by signing the NO to dirty energy and YES to renewables petition!
.