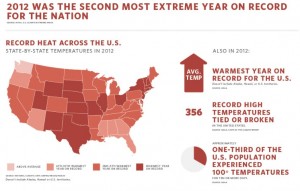 The President’s plan includes goals to accelerate clean energy through increased funding for technology and doubling wind and solar electricity generation by 2020. It intends to promote energy efficiency and conservation in homes, businesses, and factories by increasing loans for energy efficiency and conservation and setting targets for cutting energy waste in multi-family homes.

A successful national climate plan must start with the communities most directly impacted. Communities of color are often left out of the benefit of environmental and energy policies, while struggling with the health and quality of life impacts of fossil fuel use and production on a daily basis. Although President Obama’s plan takes a big step forward and includes a section on environmental justice saying the EPA has taken comments from environmental justice communities nationally, it is vague in how it will address impacts on low-income communities of color who already bear the burden of dirty energy and are first in line to feel the impacts of climate change.

In order for President Obama’s Climate Plan to help our country make the transition we desperately need, it must start with the communities who are most highly impacted by our dirty energy economy.

Don’t be fooled by natural gas

The President is also solely focused on transitioning off coal power plants using primarily natural gas, a fossil fuel and one form of dirty energy. While coal must be phased out, it is a dangerous and faulty move to replace coal with natural gas. Natural gas power plants are often located in poor communities and are extremely detrimental to our climate and health. Natural gas releases dangerous levels of greenhouse gases, including methane which has 20 times the global warming potential than carbon dioxide. The President and the EPA need to set aggressive targets to transition to 100% renewable energy, instead of relying on dirty energy.

By focusing on natural gas a “bridge fuel”, the President and the EPA encourage extreme oil and natural gas extraction techniques. In California, communities experience extreme oil and gas extraction in examples such as the Chevron oil refinery in poor Laotian and Black communities in Richmond to fracking in Latino communities in the Central Valley and to the massive build out of dirty gas plants in Southern California. The Presidents’ support for natural gas is particularly out of touch with EJ communities who have demanded to transition off of fossil fuel for years.

Yes to clean energy, but let’s make it local

CEJA applauds President Obama for his goal of increasing solar and wind in the nation. We also challenge the President to increase local distributed generation (such as rooftop solar), especially in communities most impacted and disadvantaged communities. Low-income communities and communities of color rarely benefit from large scale solar and wind farms, and these projects can have their own negative health impacts. By focusing on local distributed generation, our communities can reap the health and climate benefits, and get the advantage of the local economic and job development.

CEJA appreciates Obama’s plan to increase standards and funding for efficiency and conservation, and urge that the nation follow California’s example by creating a clear “hierarchy” of energy saving strategies: prioritize conservation, demand response, energy efficiency and renewable energy, before any natural gas is considered.

CEJA applauds President Obama for his new climate plan, but encourages the President, the Environmental Protection Agency and Congress to make a clear commitment to two of the most critical elements to any successful climate change plan: ensuring benefits for the communities most directly impacted, and ending all dirty energy, including extreme oil and natural gas extraction. While the current plan takes important steps, only with these elements will we be able to truly save our climate.

Filed under: Featured by amy-ceja