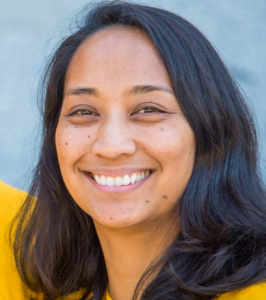 50 miles from the home I share with my husband, daughter and elderly parents, massive quantities of natural gas are leaking into the soil and air in the worst gas leak in California’s history. This disaster is the latest wake up call about the dangers of natural gas, that has been impacting low-income communities and communities of color for decades.

For more than two months, the Aliso Canyon natural gas storage facility near the Porter Ranch neighborhood of Los Angeles has been releasing about 70,000 pounds of methane every hour, the greenhouse gas equivalent of driving 7 million cars each day or about a quarter of the state’s methane emissions. On Friday, Governor Brown officially announced a state of emergency in response to the gas leak and just yesterday Senate pro Tem Kevin de Leon and Senator Fran Pavley introduced a suite of bills to address this disaster.

Thousands of families have been affected, suffering from the effects of poor air quality: headaches, nausea, eye irritation, nose bleeds, fainting spells and respiratory illnesses. 2,300 residents have been temporarily re-located and 2 schools have closed. A community meeting was held Saturday where residents called on the South Coast Air Quality Management District to shut down the facility immediately and conduct a full health impact assessment.

The Porter Ranch community is not alone in facing the daily impacts of oil and gas. Natural gas is a fossil fuel, just like coal and oil. Low-income communities and communities of color across California routinely live with oil and gas infrastructure in their backyards. This infrastructure is hurting their health and damaging their quality of life.

Natural gas, from extraction to combustion and every step in between, poses serious risks to people and the environment. Methane, the primary component of natural gas, is a highly flammable chemical compound and a climate change agent far more potent than carbon dioxide.

The natural gas stored at Aliso Canyon would have been burned in one of California’s more than 400 gas-fired power plants to produce electricity or sold to other customers. When natural gas is burned, it produces nitrogen oxides that cause smog and particulate matter, which are linked to lung and heart diseases.

Many of California’s power plants are located in low-income communities and communities of color. Even as I write, residents of the predominantly Latino community in Oxnard are fighting a fourth proposed power plant.

Natural gas also heavily impacts Latino communities in the Central Valley and LA, where the majority of our state’s fracking wells are located. Natural gas, along with other deadly compounds are produced during fracking. 69 percent of people living within a mile of oil and gas wells are people of color.

The Porter Ranch disaster highlights an often overlooked problem with natural gas: there are no safe storage options. For years, in the predominantly Latino community of Westside San Bernardino, 60,000 gallons of liquefied natural gas sat right next to homes and schools, posing a huge risk of explosion and injury. Residents successfully organized to get the tanks relocated.

Our state needs to live up to the many commitments and public speeches made here and abroad at the recent UN climate negotiations. This year the California Air Resources Board is drafting new regulations on methane emissions, and Senator Ricardo Lara just announced a new bill that sets 2030 targets for reducing short-lived climate pollutants — methane, hydrofluorocarbon gases, and black carbon — which combined, have a climate impact up to a hundred times greater than CO2.

Governor Brown’s response to this disaster presents a double standard: low-income communities of color impacted by Exide in Southeast Los Angeles were ignored for decades, while the white affluent area of Porter Ranch has benefitted from quick relocation and remediation efforts. Oil and gas is killing low-income communities and communities of color. The Porter Ranch leak demonstrates yet another reason why we can’t rely on this false solution to reduce climate change.

We have alternatives; let’s shut down Aliso Canyon, start regulating these toxic gases like we care about our communities, and increase investments in solar and other local renewable energy solutions. This is the only way we can ensure disasters like Porter Ranch never happen again.

Filed under: Featured 3, News by kay-ceja