For years, CEJA and our members have advocated for increased investments in our state’s most vulnerable communities on the frontlines of pollution and climate change. With the recent landmark victories in our state climate policy, California now has new opportunities to meet our ambitious climate goals while directing resources to the communities that need them the most.

The Strategic Growth Council, the agency in charge of implementing the program, is now developing a vision and guidelines for the program. CEJA is deeply engaged in the process, working hard to ensure that the program truly meets community needs. We are working with our members to ensure that the implementation of this program is a strong, transparent, and community-led process. We’re also lifting up the examples from our members across the state of the inspiring work they are doing locally that fits the TCC model. 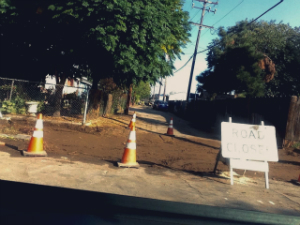 Our partners at Leadership Counsel for Justice and Accountability are leading community-based efforts in Fresno, which has an opportunity to model what the TCC program could look like for the rest of the state by working with residents to ensure these new investments reach the most impacted neighborhoods. With the top 3 most disadvantaged census tracts in the entire state of California, the City of Fresno is primed to take advantage of this funding.

For years, community leaders in Fresno have been developing a road map to create climate resilient neighborhoods, but their vision has been ignored. West Fresno has long been a dumping ground for industrial uses and other unwanted land uses, and has seen little to no investment. The area is cut off from the rest of the region by two major freeways, and lacks safe roads and access to transit.

Grecia Elenes, Policy Advocate at Leadership Counsel says, “We want community involvement from beginning to end. Communities here need basic infrastructure, access to transit to get to work and healthy food. Residents have been asking for basic improvements in transit for years. Fresno has never seen this type of funding and we need to work together.”

Fresno City Council recently approved the Downtown Neighborhood Community Plan and Fulton Corridor Specific Plan that guide the city in its revitalization efforts, in particular the Fulton Mall that is now largely vacant and under construction. As investments continue to come into this area and as the High Speed Rail makes Fresno an inviting place for coastal residents, long-time residents expect to be displaced since there’s minimal protections in place for them.

“Looking at the plan, you see the bus route stops at the edge of West Fresno. We want to see better integration of our downtown and adjacent neighborhoods where affordable housing, equitable transit, renewable energy, walkability infrastructure, and increased park spaces help build the healthy neighborhoods we all need. Local businesses need to be able to thrive as they have in the past.” 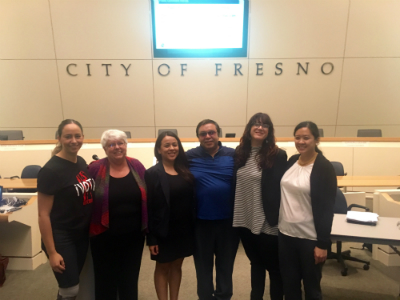 In order to make this vision a reality, the City of Fresno must put the community’s vision at the forefront of their decision on where to direct new climate investments. Leadership Counsel strongly believes that coming together as one community and working in collaboration with Fresno city officials, public agencies, and other stakeholders is the only way to achieve transformative change and to ensure these new community-driven projects come to fruition.

“The entire state is looking at Fresno to model how to lay the groundwork for transformative, community-driven climate projects that address the needs of low-income communities and communities of color. We need to ensure community residents have a seat at the table to inform the process to be the model for climate resilience and climate justice for the state and the nation.”

CEJA will featuring Fresno and other community-led examples from across the state in our own “Community Visions for Transformative Climate Communities” document soon, so stay tuned!