What are Community Emissions Reduction Programs (CERP) – and why are environmental justice advocates working to reform them?

The city of Shafter, California sits between pistachio, almond, potato and cotton fields – and fields of bobbying pumpjacks. A community of 18,000, Shafter residents face a combination of pesticide exposure and bad air quality due to the industrial agriculture and oil and gas fields that surround their homes.

“Emissions from vehicles and semi trucks impact our air, together with the high amounts of pesticides applied in our community. Both water and air are impacted by the high amount of oil extraction within and around Shafter,” said Anabel Marquez, President, Committee for a Better Shafter.

It’s this dangerous air quality that qualifies Shafter as a recipient of the Community Emissions Reduction Program (CERP) under the California Air Resources Board’s Community Air Protection Program authorized by AB 617 in 2017. There are 14 CERPs across the state so far, located in communities that, according to  the state’s CalEnviroScreen, are home to majority low income residents, people of color, and disproportionately large amounts of toxic pollution.

CERPs brought an opportunity for communities to engage in quality decision-making, but have not proven to be a pathway to powerful local policies to reduce air pollution.

While some communities have been able to use the AB 617 program to implement meaningful air quality improvements, the majority of CERPs across the state are falling short for impacted communities, including many California Environmental Justice Alliance members and partners.

The CERPs create a structure to address bad air quality in the most impacted environmental justice communities by the people who live there. But behind the program is a history of political compromise and flawed implementation of the state’s cap and trade mechanism through AB 32 and AB 398, which abandoned pollution in EJ communities through the use of carbon ‘offsets.’

A cap and trade compromise

AB 617, passed in 2017 along with the extension of the state’s cap and trade program, required the Air Resources Board to monitor and reduce emissions in the most-impacted areas of the state.

The cap and trade program itself was vehemently opposed by environmental justice advocates and residents, as it did nothing to address local air quality concerns while simultaneously allowing polluters to ‘offset’ their emissions across the globe. These offset projects would go on to violate the human rights of indigenous communities internationally who often had these projects imposed on them without consent and to their detriment through problematic offset programs like REDD+.

In order to address the lack of local direct emissions reductions, legislators crafted AB 617 to fill in for the gaping holes in the failing cap and trade program. However, in similar fashion, the program was crafted without the deep consultation of environmental justice residents.

And if CEJA members held out hope for an equitable, culturally-sensitive and inclusive planning process and direct emissions reductions under AB 617, the implementation of the program has proven otherwise.

For communities like Shafter, AB 617 and the resulting emissions reduction programs have failed to deliver important regulations, including addressing toxic air contaminants from the pesticides sprayed over surrounding fields.

While Shafter residents highlighted cancer-causing pesticides as a priority for their local emissions reductions plan, their recommendations were not followed or implemented in the final plan. How does something like this happen?

Advocates look to the lack of intervention by the overseeing agency, CARB, and to the flawed legislation itself, which continues to allow weakened CERPs to pass.

“When the law was passed, the idea was direct emissions reductions,” said Paulina Torres, with the Center on Race, Poverty and the Environment. “Maybe it’s different in other communities, but [the Shafter CERP] failed to deliver enforceable, quantifiable emissions reductions for Shafter.”

From South Central Fresno to San Bernardino, residents and organizers have invested hundreds of hours in the planning processes only to have their recommendations cut from the emissions reduction plans.

Community voices were often either outweighed by industry representatives or dismissed by agencies.

For some CERPs, the Community Steering Committees included representatives from industries who would be potentially regulated by the policies – a clear conflict of interest.

In other cases, the air districts would fail to provide meaningful engagement and technical support to residents, putting the nearly impossible onus on them to determine the logistical tactics needed to address their concerns.

At the other end of the spectrum, some selected communities experienced difficulties fully participating or acting as decision makers in the process because the air district made the final call. These experiences furthered the lack of faith some community members had about the process. In cases where the agency did propose certain strategies- they often had one thing in common.

In popular reviews of the program, several strategies credited to the CERP process were already in development at state agencies before the community recommendations. Regulators chose to highlight accomplishments not related to the CERPs, while ignoring direct concerns of communities calling for other priority areas of emissions reduction.

There were some successes: in the predominantly Latinx community of Wilmington, Los Angeles, residents organized and won specific and enforceable measures relating to the area’s refineries. 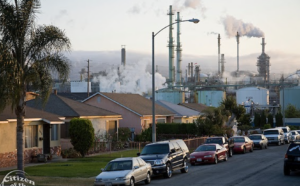 The Wilmington example is a testament to the powerful organizing of local residents – and the opportunity to achieve enforceable measures through the CERP process.

Alicia Rivera, Wilmington Community Organizer with Communities for a Better Environment and CBE representative on the AB 617 Wilmington steering committee, said: “AB617 had many problems, but our communities worked hard to be heard. At the 11th hour to their credit, the Air District agreed to our proposal to add refinery regulations, emission cuts, and deadlines. But the proof is in implementation, and the oil industry is now delaying and weakening adoption of the biggest regulation. It’s business as usual again. We see the real solution is to phase out this industry statewide and get rid of the stranglehold it has on politics, and on environmental and equity goals.”

Other community members Shireen and Laura also emphasized that the planning process could only go so far: “We need mandatory emission reduction for polluters and zero emission technology.” 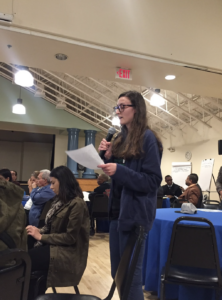 Too few communities, however, even get this far in the process.

One of the biggest concerns with California’s Community Emissions Reductions Programs is access to the planning process and lack of mandatory substantial public health improvements. While air pollutants remain a life-threatening concern for residents across the state, only a few communities are given the opportunity to benefit from the CERP process each cycle.

Out of over 100 communities nominated for the program in 2018, 10 were selected for air pollution reduction and the creation of clean air plans. Only 3 were chosen in 2019, and only 3 more selected in 2020.

Rather than support regional and statewide solutions that center communities around California, this competitive process excludes voices who are needed at the table in developing emissions reduction plans – and worse – pits them against each other for selection to the program.

It’s the limited process and limited funding that forces communities to compete for resources.

Instead, learning from local CERP processes could help the state identify model policies to improve air quality and provide direct emissions reductions statewide, including for those communities not selected by the AB 617 program.

Violeta, a resident of North Shore which was not selected for AB 617, said “How many people need to die in our community for the California Air Resources Board to finally notice us?”

Violeta speaks at a community meeting where North Shore was not selected for AB 617, photo credit Leslie Martinez

In South Los Angeles, Paula Torrado, an Air and Toxics Policy Analyst with Physicians for Social Responsibility-Los Angeles, expressed a similar sentiment. After spending hours in the application process, her community in South Central Los Angeles was not chosen for the pollution-reduction program.

Torrado led  a community advocacy effort to ensure the neighboring community of South LA was officially selected to the AB 617 in 2020.  She asks, “How much longer will other communities have to wait to benefit from this program?” Torrado also said, “South LA communities continue to experience the health impacts of legacy air pollution and need tangible emissions reductions.”

For Torrado, “CARB and AQMD need to work collaboratively with community members to create action driven solutions that can be enforced and implemented equitably and start focusing on sector based emissions reductions approaches that can eliminate the program’s community-competitive nature and start modeling a Just Transition.”

Changes to AB 617 in California

The language of AB 617 called for a program that, “shall result in emissions reductions in the community, based on monitoring or other data.”

Four years later, however, the results show that regulators have failed to generate substantial enforceable and permanent emissions reductions that would provide much-needed relief in polluted communities.

An improved program would ensure that emissions reductions plans encompass community priorities across various sources of pollution, are permanent and legally enforceable, and include direct strong caps on emissions limits.

By focusing on emissions reductions that target polluting sectors regionally or statewide, California can create solutions that do not leave communities behind and yield more equitable, widespread benefits.

A community-driven approach to this problem would enable communities most impacted by disproportionate pollution burdens to identify and prioritize specific emissions sources for regulatory development. Regulators must support emissions reductions by providing information and data about pollution prevention opportunities to communities engaged in the emissions-reductions process.

CEJA will continue to advocate for a stronger direct emissions reductions program that prioritizes the most pollution-burdened communities, creates stronger rules for the worst polluters, and increases investments in locally-developed solutions.