Environmental Justice groups urge the California Air Resources Board to phase out fossil fuels by 2045 and build a clean energy future that works for all Californians.

SACRAMENTO, CA – Today, the California Air Resources Board released a draft of the state’s 2022 Climate Change Scoping Plan Update, a blueprint that will guide the next 20 years of climate action in California. Environmental justice groups slammed the draft plan, citing its failure to phase out fossil fuel production, lack of investment in clean transportation for low-income Californians, and dependence on failed carbon capture and other polluting technologies to meet climate targets.

“The California Air Resources Board’s draft Climate Change Scoping Plan is disastrous for climate and leaves working class Californians behind,” said Martha Dina Arguello, Executive Director of Physicians for Social Responsibility-Los Angeles and Co-Chair of the Air Resources Board Environmental Justice Advisory Committee. “At a time when California needs to be phasing out fossil fuels, our top air regulators are bowing to fossil fuel lobbyists at the expense of our health and future.”

The fossil fuel chain of vehicles, oil refineries, and oil extraction makes up nearly 50% of the state’s greenhouse gas emissions. 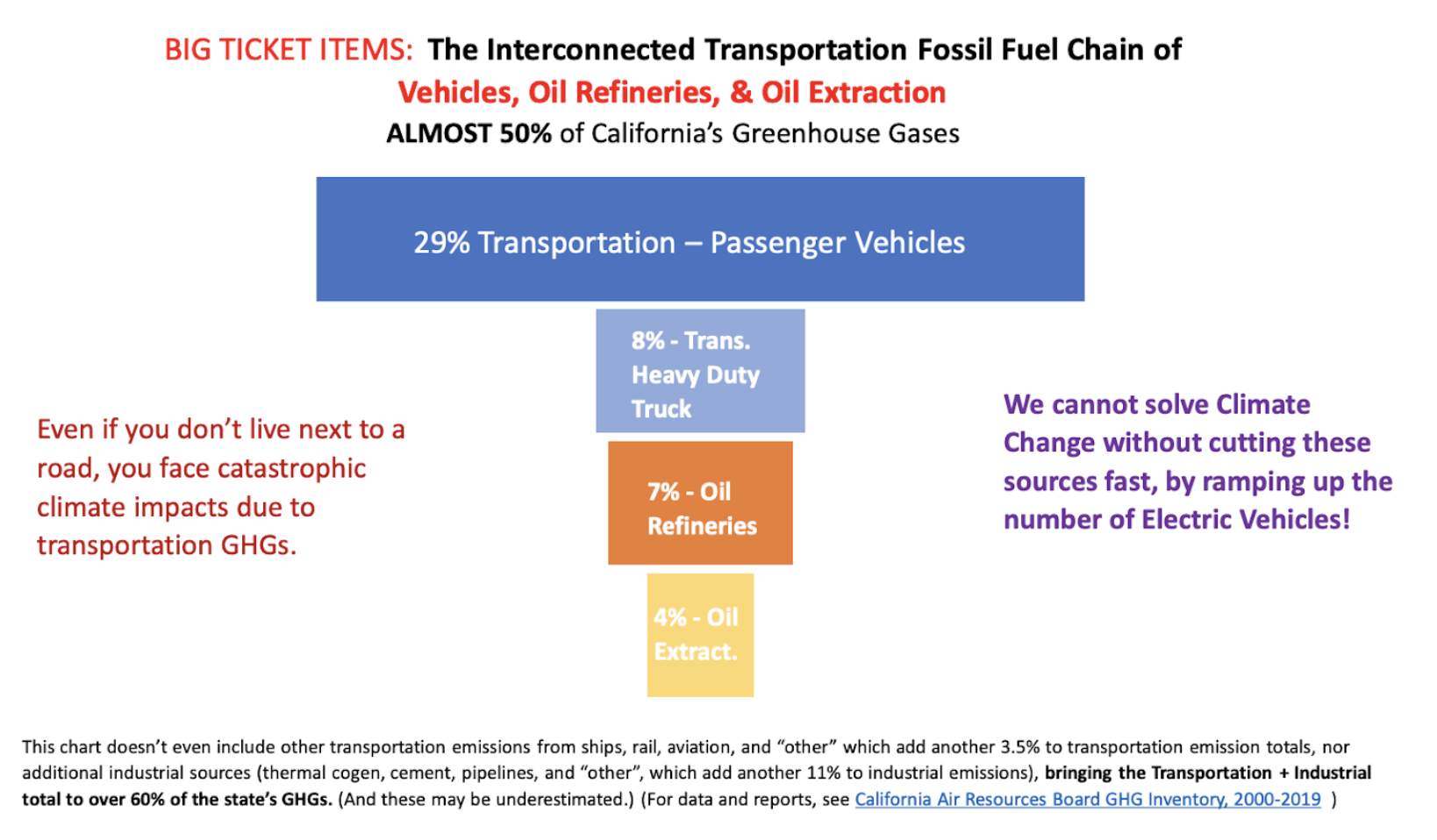 “By pouring billions into the Big Oil scheme for carbon capture and storage at California’s oil refineries, the Air Resources Board’s draft climate plan extends the life of our otherwise defunct polluting fossil fuel infrastructure,” said Connie Cho, attorney at Communities for a Better Environment.  “We need a full, coordinated phase out of fossil fuels by 2045.  Communities need clear timelines and a real commitment to planning a just transition – to build a strong safety net for fossil fuel workers and communities, invest in developing healthy local economies with good family-supporting jobs, and clean up toxic sites. If we wait until the industry is on its deathbed and bankrupt, we’re too late. Workers and communities will be left behind.”

“From the placement of freeways in working class communities of color in the mid-1900s to the concentration of diesel truck pollution around ports and warehouse hubs, working class communities of color have been disproportionately impacted by transportation emissions,” said Kyle Heiskala, Climate Justice Policy Advocate with Environmental Health Coalition. “Now, with rising gas prices, our communities are feeling the pain at the pump.  We need a climate plan that accelerates and scales up investment in clean vehicles, and mass transit for working class Californians.”

“At a time when we need to be planning for a phaseout of fossil fuels, our top air regulators are instead planning for a massive expansion of dirty gas-fired power plants,” said Ari Eisenstadt, Regenerate California Campaign Manager with California Environmental Justice Alliance.  “Strategies like electrifying buildings and transitioning to electric vehicles only fulfill their potential for decarbonization if we ensure that our electricity is generated from clean, renewable energy sources.”

This year is the first time that the Air Resources Board has included dependence on carbon capture, utilization, and sequestration (CCUS) for industrial pollution in the state’s climate action plan.

“Fossil fuel executives are using carbon capture to dig up and burn more oil, fueling the flames of climate change,” said Dan Ress, staff attorney for the Center on Race, Poverty & the Environment. “Most captured carbon dioxide is used to pressurize old, dead oil wells to suck up the dirtiest, stickiest crude oil at the bottom of the well and burn it. CARB’s climate plan paves the way for billions in public subsidies for ineffective, dangerous carbon capture projects that pad the profits of fossil fuel corporations.”

“California has a wealth of proven strategies to cut emissions, protect our health, and stabilize our climate – increased electrification through clean renewable energy, decarbonizing the state’s aging housing stock, deepening energy efficiency upgrades, scaling up investments in mass transit.” said Amee Raval, Policy Director at Asian Pacific Environmental Network. “Winding down consumption of fossil fuels is only half of the equation. These strategies only work if we commit to phasing out production of fossil fuels and other dirty, polluting energy sources.  Otherwise, we risk turning California into an export hub for dirty fuels.”

The California Air Resources Board will meet in late June to review and make changes to the draft Climate Change Scoping Plan. 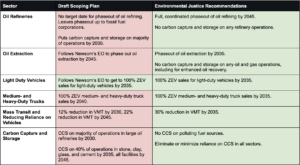 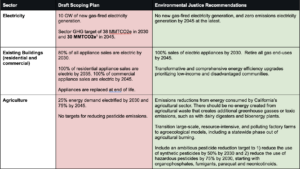 To sum up a year of struggle and progress, the California Environmental Justice Alliance assessed the voting record of all 120 California legislators to see who took a stand for environmental justice in 2021, and who sided with powerful corporate interests instead of the people. Read the card today! Read More
September 20, 2021