The Importance of Education in Solar Programs

Living in California is expensive, and rising energy bills makes it harder. While the state has championed renewable energy solutions, not all residents are able to shoulder the up-front costs in order to receive the benefits of those programs. Today, many renters have limited access to options such as solar panels, energy efficient appliances, or electric vehicle charging stations. Environmental justice organizations and some policymakers are working to change that. Initiatives like the Solar on Multifamily Affordable Housing (SOMAH) Program are a step towards ensuring that working class communities can benefit from solar energy and reduced utility bills. By working to educate renters, provide job trainings, and ultimately installing solar panels on affordable housing units, SOMAH is one small piece of a growing movement to provide clean, affordable energy to all. 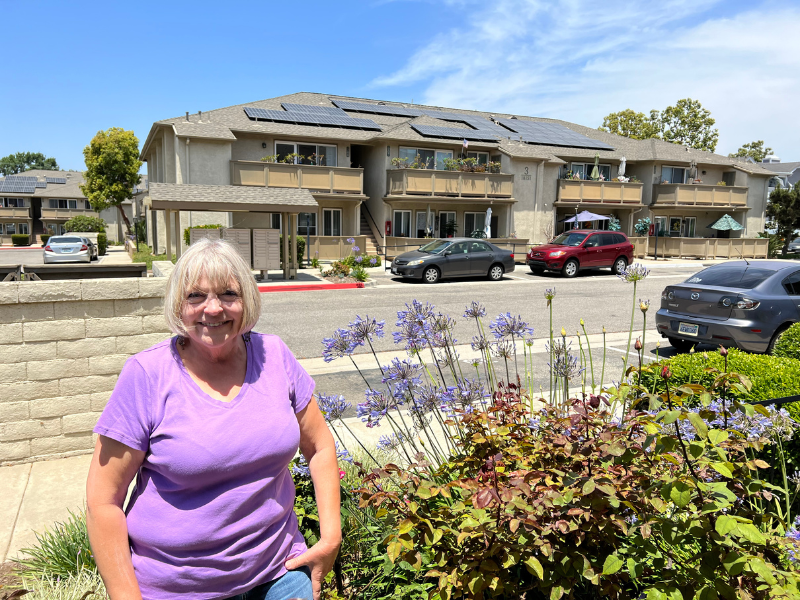 Emerald Cove resident, Gerry Payton, stands proudly in front of the solar panels powering her community that were made possible by the SOMAH Program.

In 2021, Jamboree Housing and the residential solar panel company Sunrun collaborated on the installation of a 188.9-kilowatt (kW) AC rooftop solar system via the SOMAH Program at Emerald Cove Apartments in Huntington Beach, Calif. Emerald Cove Apartments is a 164-unit affordable housing community and home to 179 senior residents. Many of the seniors are retired and live on a fixed income, so the prospect of the energy bill credits generated from solar power was welcomed and highly anticipated.

“I was very happy when I received the letter from Jamboree Housing saying they were going to install solar here at Emerald Cove,” resident Gerry Payton shared. She went on to explain that while she has wanted solar panels installed for some time, the decision to do so was in the hands of the property owner.

To help Emerald Cove residents understand the impacts of solar after the project’s completion, the SOMAH Program Administration (PA) team, with the support of the California Environmental Justice Alliance (CEJA) team, facilitated a Continued Tenant Education workshop and held office hours at the apartment building for one-on-one consultations with residents. 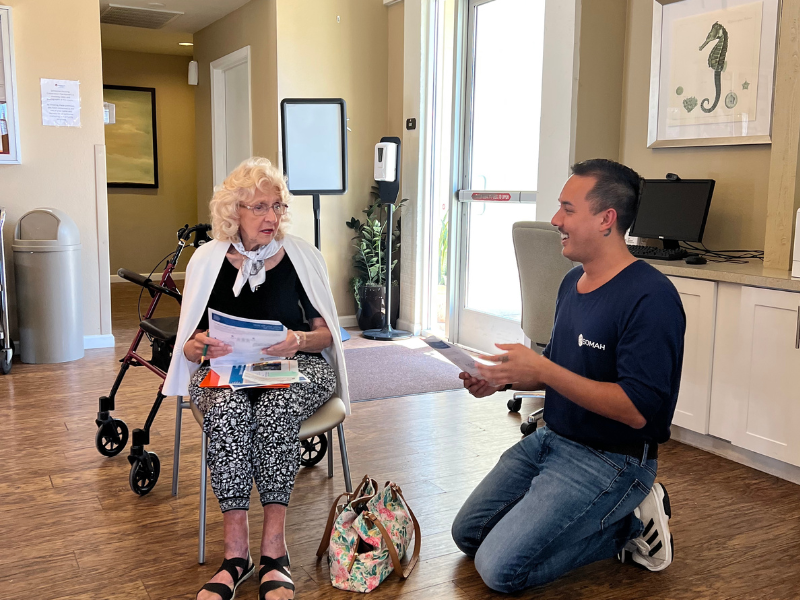 The two-session workshop and in-person meetings answered questions such as “Can solar credits cover my whole bill?” (Depending on one’s usage and the energy generated, most standard energy fees will remain) or “Will discount rates, like CARE or FERA, be impacted?” (No, the facilitators explained, CARE, FERA will not be impacted) and “Is SOMAH the same entity as Southern California Edison?” (No, SOMAH is a statewide program, and works with SCE to get solar on MF housing). The workshop was a success, as participants indicated session facilitators provided “good explanations that were clear and easy to understand.” For the SOMAH PA, the workshops were evidence of the value and need to engage tenants both before and after solar installations have occurred.

Tyler Valdes, SOMAH Program Manager for CEJA and workshop facilitator, gave his takeaway about continuing education for tenants. “I was surprised by the overwhelming amount of gratitude we received from tenants for demystifying their energy bills and exploring ways to save energy with them. It illustrates the positive impact tenant education has on affordable housing residents when we meet them where they are at, both literally and with respect to their lived experiences.”

The partnership between Jamboree Housing and Sunrun yielded a solar system that allocates 92.9% of bill credits to residents and 7.1% to common areas. Beyond the economic benefits for residents and the property owner, the project provided paid job training for two of the system installers via SOMAH’s job training requirements. Also, it will help to reduce CO2 emissions by 133 tons a year, equivalent to the annual electricity consumption of 26 homes.

Bring SOMAH to your community!

If you are a tenant and would like to know if your building qualifies for the Solar on Multifamily Affordable Housing (SOMAH) Program, contact Tyler Valdes at tyler@caleja.org. If you are a property owner or contractor that would like to bring solar to your community, email contact@CalSOMAH.org or call 858-244-1177 ext. 5.

Filed under: News by Tyler Valdes