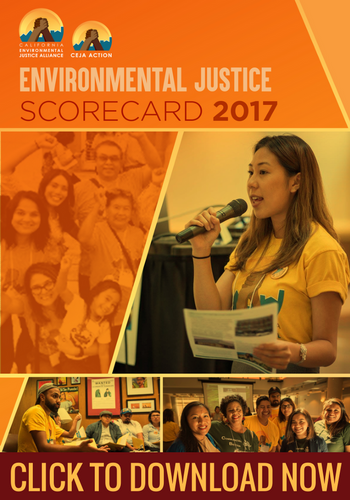 CEJA and CEJA Action are proud to release our 5th Environmental Justice Scorecard for the 2017 Legislative Session. This scorecard is the only one in the state to assess how well California’s elected officials supported actions to address environmental issues that impact low-income communities and communities of color.

In 2017, there were many high profile pieces of legislation signed into law, and many of these deals included tough compromises with significant impacts on environmental justice communities. The year revealed ongoing gaps in legislative leadership on EJ, and the pervasive influence of industry in California politics, even in a state that is heralded as an environmental leader. Over the course of the 2017 session, we saw policies shaped in ways that negatively impact their transformative potential to meet the urgent environmental health, justice, and climate crisis in overburdened communities. The 2017 legislative session showed that the stakes are now higher: for legislators to be EJ champions, they must do more.

There were still bright spots in the session such as passing AB 523 by Assemblymember Eloise Gomez Reyes, which will bring approximately $60 million dollars for renewable energy in disadvantaged and low-income neighborhoods.

How did legislators score on environmental justice?

After the last few years of steadily increasing scores since our 1st EJ Scorecard in 2013, this year’s scorecard shows a sharp decline in the scores of Governor Brown, legislators, as well as cumulatively across the API, Latino, and Black Caucuses and regions across the state. Given the number of important issues still pending in 2018, there are many opportunities for legislators to increase their support for EJ in this legislative session. 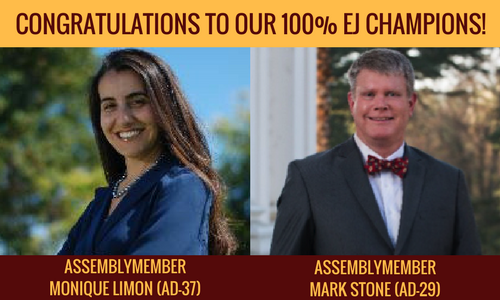 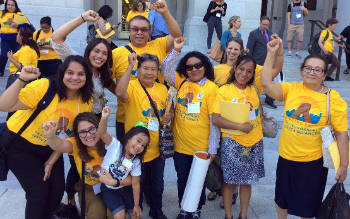 In 2018, the bar for being an EJ champion is higher than ever: the environmental health and climate crises have worsened, but our movement has grown and we need leaders who will grow with us. Given the sustained and significant impacts of environmental and health hazards among communities of color, legislators of color have a particular responsibility to represent the needs of California’s increasingly diverse population. With increased awareness of EJ issues in the Capitol, it is now time for legislators representing communities of color to show stronger leadership on our issues.

We are building on the victories of the past year to fight for more environmental and health improvements in our communities. Legislators will have an opportunity to demonstrate their leadership on several key issues that were not resolved in 2017: 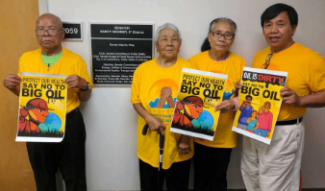 With a federal-level attack on low-income communities and communities of color, California’s resistance is a bright spot in national politics. But the 2017 legislative session showed that our elected officials – now more than ever – need to rise to the challenge. We need leaders who will stand with our communities, despite industry pressure. CEJA and CEJA Action will continue educating elected officials about environmental justice issues and building the political will to enact the bold policies our communities need, while holding our leaders accountable when they do not.