Why natural gas is not the answer 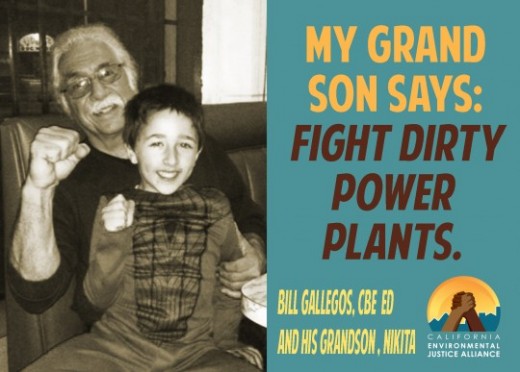 Don’t believe the hype: natural gas is a dirty fossil fuel. It is anasty, dirty, polluting fossil fuel that emits enormous amounts of greenhouse gases. Communities for a Better Environment recently stopped the construction of a massive “state of the art” natural gas power plant in the Southeast Los Angeles city of Vernon. That supposedly “clean” facility would have emitted more than 2 million pounds of toxic pollution and 2.2 million tons of greenhouse gases annually. These plants operate for forty to fifty years, so this facility would have released tens of millions of illness and death-causing toxins onto the poor Latino communities nearby, while adding about 100 million tons of carbon to the atmosphere.

We all see the natural gas commercials, and the buses and cars labeled “clean natural gas”. The natural gas industry has spent millions advertising that that they are a “clean” fuel, and that if we eventually have to stop burning coal and oil, we can rely on natural gas as a “clean fuel” that will save Mother Earth.

The truth is natural gas is dirty and it can kill. Recent research has revealed that natural gas power plants spew methane into the air, and methane is 20 times can potentially heat the atmosphere 20 times more powerfully than CO2. (http://epa.gov/climatechange/ghgemissions/gases/ch4.html)

So why is the California Public Utilities Commission considering a plan to build hundreds of new dirty power plants across California, starting with the proposed Pio Pico plant right near the border? CBE, CEJA and our allies across the state are mobilizing throughout December to tell people the truth: there is nothing clean about natural gas.

As Ricardo Falcon, a great Chicano leader from Colorado used to say – “We got to get it on!” Let’s build a movement for equity and clean energy NOW.