SACRAMENTO, CA – Today, the California Air Resources Board released the final 2022 Climate Change Scoping Plan Update, a blueprint that will guide the next 20 years of climate action in California. Environmental justice advocates noted the Board’s leadership in key sectors, including progressive goals for scaling up investment in mass transit, setting strong interim goals to wind down gas-fired electricity generation, and calling for an interagency process to coordinate the phasedown of oil refining and extraction; but warned that the plan’s reliance on carbon capture schemes for fossil fuels undermines meaningful climate action.

“We’re glad to see improvements in the state’s climate plan including scaling up investment in mass transit, stopping the expansion of gas power plants, and planning for a coordinated phasedown of oil production,” said Mabel Tsang, CEJA Political Director. “We applaud the call for an inter-agency process to coordinate the phasedown of oil refining and extraction in California. However, the plan still paves the way for billions in subsidies for oil and gas executives by using carbon capture schemes to lock in refineries, dirty gas power plants, and polluting bioenergy and hydrogen facilities. We need courageous political leadership from CARB and Governor Newsom to reject Big Oil’s carbon capture schemes and prioritize the health and well-being of all Californians.”

This year, Californians sent nearly 10,000 letters to Governor Newsom and the CARB Board, urging them to adopt a scoping plan that scaled up investments in mass transit, planned for a full, coordinated phaseout of fossil fuels by 2045, and kept carbon capture off of fossil fuel infrastructure.

In response to these calls for action, the California Air Resources Board doubled its targets for reducing vehicle miles traveled (VMT) which would accelerate and scale up investment in mass transit and at the Governor’s direction, replaced its plan to dramatically expand gas power plants with a plan to bring 20 GW of offshore wind online by 2045. The Board went even further to set an interim target for reducing dirty gas-fired electricity generation.

“The Air Resources Board raised the bar for California in doubling the state’s targets for reducing vehicle miles traveled, putting a necessary spotlight on the need for real climate solutions that work for all Californians, not just the wealthy,” said Kyle Heiskala, Climate Justice Policy Advocate at Environmental Health Coalition. “These progressive VMT goals are a call to action for the state to accelerate and scale up investments in mass transit, to get serious about anti-displacement policies as a climate strategy, and design a future where Californians no longer need to spend hours stuck in traffic to reach family, friends and work.”

“This year, the Air Resources Board heeded the voice of frontline communities by eliminating any new gas-fired electricity generation from the Scoping Plan. The Plan’s 30 MMT by 2035 greenhouse gas emissions goal for the electricity sector sets the stage for retiring these toxic, unreliable plants,” said Ari Eisenstadt, Regenerate Campaign Manager.  “These changes lay the groundwork for this year’s federal commitment to clean energy development to become reality. We urge implementing agencies to use the Scoping Plan as a launching point to develop even more ambitious timelines to phase out gas plants and replace them with 100% clean, renewable, and truly reliable energy.”

In June and again in September, the Board committed to including an interagency planning process to coordinate the phasedown of oil production in California alongside the decline in in-state demand, while addressing the growing issue of oil exports. While CARB’s modeling projects an over 80% decline in demand for finished petroleum products, and recognizes major feasibility issues with carbon capture on refineries, the plan tentatively puts carbon capture on 70% of California’s refinery operations, potentially keeping these refineries online and polluting long after Californians no longer need them.

“This Board is starting to show some real climate leadership with their call for a coordinated, interagency process to phase down oil refining and extraction as demand for oil declines in California.  This is a huge step toward protecting public health, stabilizing our climate, and finally addressing the growing issue of oil exports. However, the plan still offers massive giveaways to Big Oil, using carbon capture to keep refineries online and increasing pollution through the expansion of dirty hydrogen in California,” said Connie Cho, Associate Attorney with Communities for a Better Environment. “With the end of the oil era approaching, we look forward to working with the Governor’s office, CalEPA, and other state agencies in the interagency planning process to end California’s century-long legacy of environmental racism and ensure a just transition for all.”

In July, Governor Newsom directed the Board to set massive targets for carbon removal – 20 million metric tons by 2030 and 100 million metric tons by 2045. Despite his direction to prioritize nature-based solutions to sequester carbon, the final plan relies almost entirely on engineered carbon removal, including both controversial carbon capture and storage technologies and direct air capture. 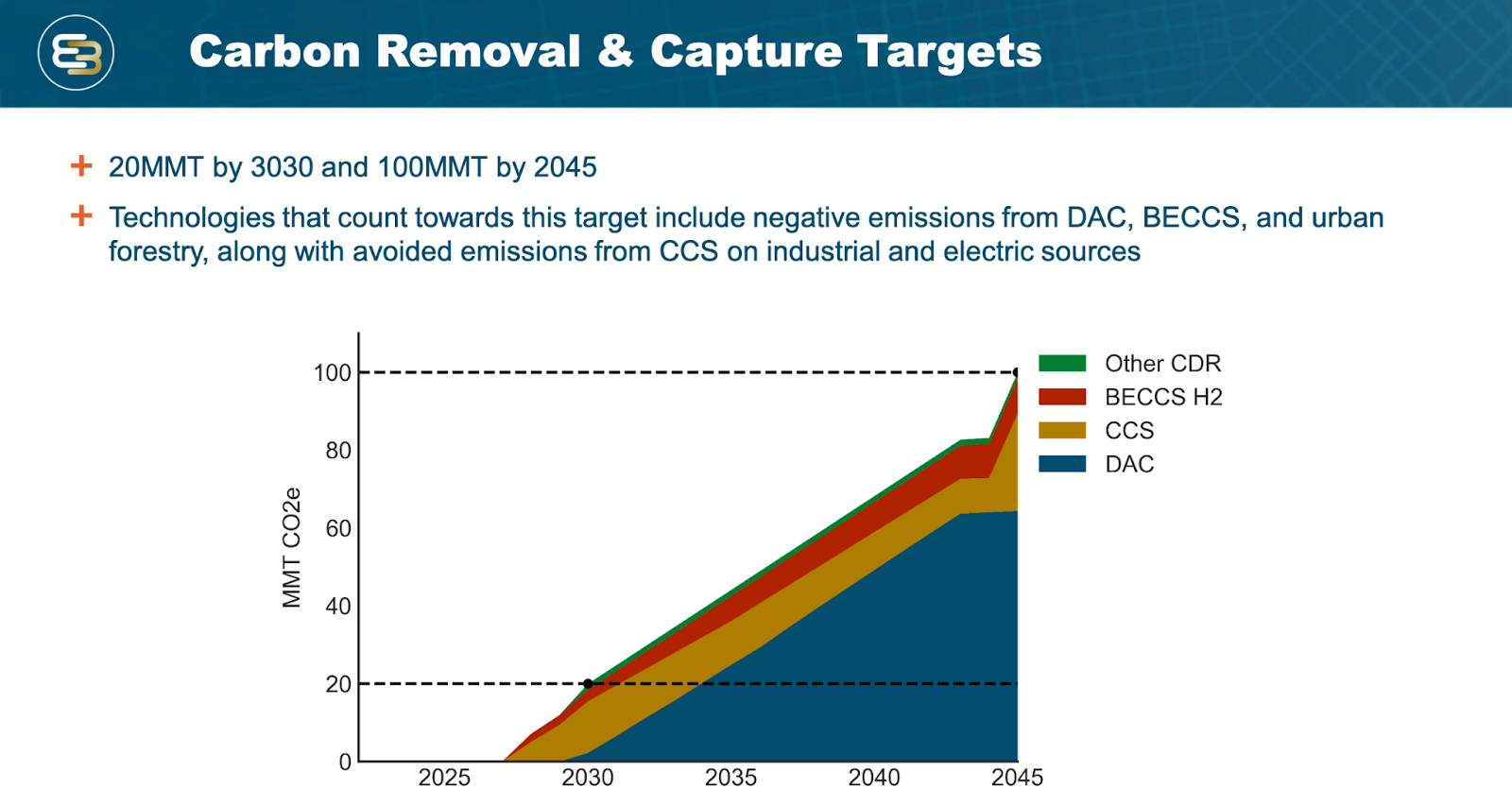 Federal 45Q tax credits subsidize polluters at $85 per tCO2 for point source capture and $180 per tCO2 for direct air capture coupled with dedicated geologic storage.  The final scoping plan includes over 130 million metric tons of captured carbon from oil refineries, paving the way for over $11 billion in federal subsidies for oil corporations.

“We urge the Board and Governor Newsom to stand up to the oil and gas lobby and amend the state’s climate blueprint to keep carbon capture off of polluting fossil fuel infrastructure,” said Faraz Rizvi, Campaign and Policy Manager with Asian Pacific Environmental Network.  “While the plan acknowledges major issues regarding carbon capture on refineries, the Board hasn’t adjusted the plan accordingly. We cannot afford to gamble our climate future on dangerous, expensive and unproven carbon capture schemes that line the pockets of oil and gas executives and lock us into the worst case climate scenarios.”

The Air Resources Board will meet on December 15 to make amendments and vote on the final plan.

Read here as a PDF.